Professor of additive manufacturing Tim Simpson joins me to talk about 3D printing fails and what they teach. Follow #AMWTF on LinkedIn, where we will debut each new failed build ahead of every episode.
#AMWTF #metal #video

“Failure is the best way to learn,” says Tim Simpson, Ph.D., “but it is expensive.” Simpson is the Pennsylvania State University professor of additive manufacturing (AM) who regularly writes for this site. He is also an advisor with the AM consultancy The Barnes Global Advisors. In these roles — teacher, researcher and consultant in AM, particularly in metal — he is well acquainted with failure. Build cycles that result in failed parts are a commonplace aspect of the process development leading to repeatable production for a 3D printed metal part. However, such failure is frequently avoidable and unnecessary, Simpson says. The process behaviors that govern metal AM are getting better understood year by year. 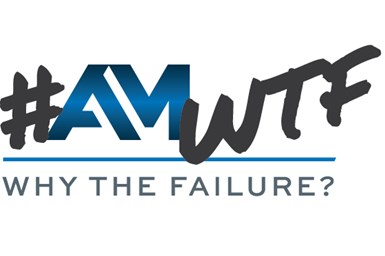 So, as a way of exploring this important topic, he and I will be devoting our attention to failure. AM: Why the Failure? is the new video series from Additive Manufacturing Media in which Simpson and I will look at examples of failed builds and talk about why they failed. We will talk about what we know — or what we can guess — about why the failure occurred.

The first episode appears below. It involves what should have been a straightforward application of laser powder bed fusion to make a simple component in 316L stainless steel. Four identical parts were 3D printed in the same cycle. Three were successful. One of them came out like this:

Here is the build failure we explore in the first episode of AM: Why the Failure? Look for the #AMWTF hashtag on LinkedIn to see AM users’ guesses as to the failure’s cause. We discuss some of the social media response within the episode. This part, along with others just like it, was meant to be a component of an outdoor metal sculpture on the Penn State campus.

Why this failure? What happened here? AM users from around the world weighed in to speculate, because we shared the failure in LinkedIn before filming the episode. The two most active threads of response are here and here, and Simpson and I discuss some of these comments within the episode below. Future episodes will proceed this same way — follow the #AMWTF hashtag on LinkedIn to see and comment on each new failure before Simpson and I film our conversation. | This episode of AM: Why the Failure? brought to you by Verisurf

Here is the first episode: 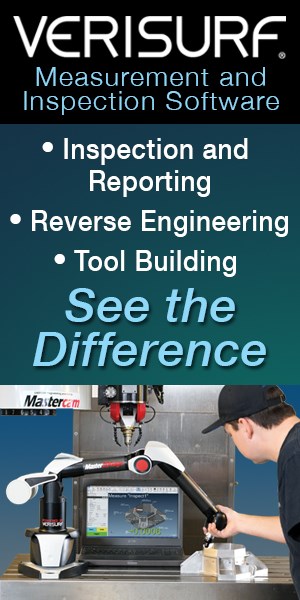