Company using them to manufacture high-precision structural titanium components for the aerospace and defense industry.
#metal 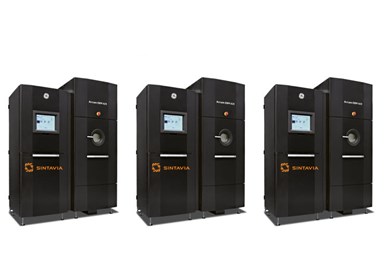 “We are big believers in the electron beam process for high-precision structural components manufactured in titanium,” says Brian Neff, Sintavia’s chief executive officer. “It has been a great pleasure to work with GE Additive to develop successful manufacturing strategies for critical aerostructure components. We are excited to expand our production platform using the electron beam process in the months and years to come.”

“It’s great to see continued momentum and innovation at Sintavia. The recent addition of a third Q20plus printer, plus these three recently purchased A2X printers, means Sintavia now operates the largest fleet of Q20s and A2Xs in the U.S.,” says Alain Dupont, chief customer officer, GE Additive. “Precision aerostructure parts are a perfect fit for these machines, which were specifically designed for the cost-efficient production of large structural airframe components.”