Lunewave, a Tucson-based startup, is moving forward with plans to commercialize advanced radar technology that the company claims will provide significant performance—six times the resolution and twice the distance—and cost benefits over current systems.

The company says it is in talks with several potential Tier 1 supplier partners and hopes to announce a deal by next March. That would put it on track to launch the radar for use in low-volume applications by mid-2022, according to CEO and co-founder John Xin. 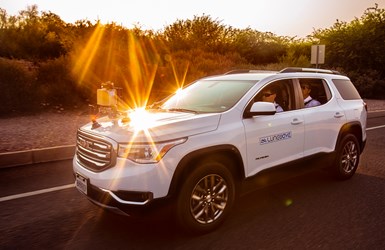 Lunewave also is developing a base system that can be used for current advanced driver-assist systems. That radar is expected to debut in 2024, Xin says.

Lunewave’s system is based on a concept developed by German scientist Rudolf Luneburg in the late 1940s that features a sphere-shaped antenna. The design enables a broader field of view with consistent performance across the spectrum.

Comprised of 6,500 chambers, the Lunewave system is about the size of a golf ball. The lens provides “high gain” and the capability of forming multiple beams in all directions, according to the supplier.

“The antenna is our core IP (intellectual property), plus the sensor algorithms that allow faster signal processing,” Xin says, noting that the company has about eight broad-based patents for the technology and is filing more.

By comparison, Lunewave’s system can provide:

In addition to the improved resolution, Lunewave’s quality is maintained across the entire field. This differs from traditional radar, which deteriorates significantly outside a narrow central band—an effect that Xin refers to as “tunnel vision.” 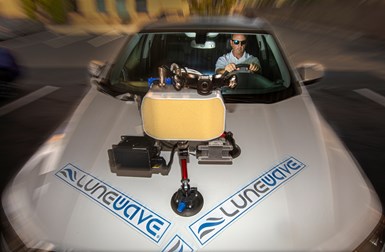 As a result, Lunewave says one of its antennas can replace six to nine traditional radar units. In a high-end vehicle with semi-autonomous driving capability, this means 2-4 Lunewave units could do the job of as many as 20 sensors.

The new radar can be packaged in the same space as current systems, he adds.

Costs are expected to be comparable on a one-to-one basis, which means a Lunewave array could significantly lower the overall system’s cost.

Each technology has its own advantages. Lidar offers better resolution (as low as 0.1°), cameras can read signs and radar functions the best in adverse weather conditions. 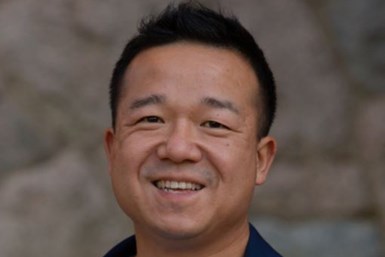 “In the end it’s up to automakers to decide, but I’m a firm believer in sensor fusion,” Xin says. “It’s such a complex operating environment that requires safety critical decisions.”

The Lunewave system also can detect objects above a vehicle, such as bridges and overhanging trees, and can distinguish between living and inanimate objects. The latter could help save lives in edge cases in which an accident is unavoidable, Xin says.

3D-printing is the key to adapting the Luneburg design, which has been limited to military fighter planes and a few other high-end 6-GHz applications, to mainstream car radar.

Xin’s brother Hao, Lunewave’s CTO and co-founder, is an expert in millimeter wave engineering and additive manufacturing. He developed a 3D-printing process for Luneburg antennas.

Using an automotive-grade acrylic, Lunewave can produce 1,000 units a day with a single 3D printer. The company already has the capacity to supply as many as 2 million units per year and can quickly scale up if needed.

Lunewave has completed initial “A-Sample” validation tests of its third-generation design. B- and C-Sample testing will be conducted next year.

Last week, the company completed its Series A investment round (led by FM Capital), which raised $7 million to nearly double its capitalization to about $15 million. Previous investors include the venture capital arms of BMW and Chinese tech giant Baidu.

One of the main focuses now is finding a partner. Xin says Lunewave has development agreements with several Tier 1 suppliers—including at least one traditional radar supplier—that can provide electronics expertise and systems integration.

“It’s no longer a question of do we bring value,” Xin says. “The technology works. Now it’s about identifying and establishing long-term partnerships.”