Support Structures and Build Layout Lead to Series of Fails — AM: Why the Failure? #4 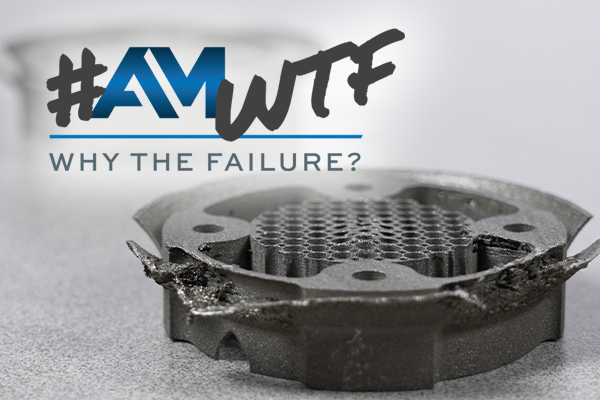 The Hylixa high-fidelity speaker has an internal geometry and footprint designed for optimal sound that could only be realized through 3D printing. How Node Audio developed and produces this product.

In this episode of The Cool Parts Show, we learn how controlled porosity obtained through binder jetting can be applied to build metal filters capable of trapping — and even eliminating — virus particles.

This component for the oil and gas industry features a shelf through the lattice structure that does not appear in the CAD model. How did it get there? The answer does not involve STL, but we talk about that anyway.

Additive manufacturing with an aluminum/ceramic composite enables a brake rotor with one-third the weight and five times the heat transfer of a typical rotor. We talk to the inventor on this episode of The Cool Parts Show.

The first-ever contest from The Cool Parts Show seeks innovative parts made through additive manufacturing. Enter by August 13.

Air ducts are ubiquitous, but are they all as efficient as they need to be? Computational fluid dynamics informed the redesign of this 3D printed air duct — made to serve a 3D printer.

A custom helmet made via Multi Jet Fusion has allowed Sarah Piersanti to get back to practicing jiu-jitsu without fear of damaging her cochlear implant.

Professor of additive manufacturing Tim Simpson joins me to talk about 3D printing fails and what they teach. Follow #AMWTF on LinkedIn, where we will debut each new failed build ahead of every episode.

A patient treated for a tumor of the shoulder blade was able to preserve full use of the arm thanks to an implant tailored to the precise form of the original scapula and made through electron beam melting.

The startup’s cloud-based artificial intelligence tool is designed to help companies adopting additive manufacturing make fast, easy decisions about what and how to 3D print.

At the end of 2019, Additive Engineering Solutions moved two of its BAAM 3D printers out of the way and began to dig a hole in the floor. How going lower allows AES to build higher.

Our first episode of The Cool Parts Show from inside a 3D printer! Big Area Additive Manufacturing (BAAM) produces exterior components of a robot submarine and changes how this AUV is marketed.

The Perseverance parts made through additive manufacturing are extreme examples of lightweighting. We have replicas of the 3D printed parts that were sent to Mars.

An engine for repeated trips to the moon is 3D printed in just three pieces from a metal matrix composite combining aluminum for weight saving with ceramic for high-temperature performance.

Directed energy deposition while the part is spinning enables a means of 3D printing axially symmetric parts. The operation is like CNC turning with material added instead of machined. Open Mind discusses programming the machine paths for this type of build.

Three separate software tools from Siemens attempt to control some of the most challenging variables within metal AM: build orientation, distortion and deposition paths. Part of software video series.

Is additive manufacturing ready for full-scale production? Yes, but it isn't that simple. Our editors break down the issues to consider in this video conversation.

Join us December through February for monthly special installments of The Cool Parts Show live inside IMTS spark.

The Cool Parts Show goes to the zoo to learn about a 3D printed enrichment device being used to challenge and engage meerkats, birds, foxes and more in this bonus episode.

These 3D printed flip-flops are an example of mass customization, but they also hint at manufacturing's more sustainable, circular future. Find out why in this episode of The Cool Parts Show.

Chess pieces are often 3D printed as demo parts, but this one was an accident! What happened? The answer involves heat transfer. 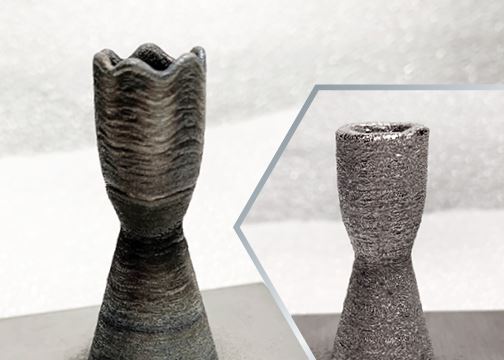 3D printing makes possible new and different consumer goods, but also changes the buyer's relationship to those goods. More in this video, part of our series on 3D Printing and the Circular Economy.

3D printing can support the circular economy by offering an alternative to centralized mass production. More in this video, part of our series on 3D Printing and the Circular Economy.

The circular economy needs the lightweight, optimized and efficient designs that only 3D printing can provide. More in this video, part of our series on 3D Printing and the Circular Economy.

Part of our 3D Printing and the Circular Economy series, this video explores the ways that AM supports more sustainable material choices.

What Is the Circular Economy, and How Can 3D Printing Help? (Video)

What does it mean to be sustainable, to manufacture in a circular economy? And where does 3D printing fit? These questions and more answered in this video, the first of our 3D Printing and the Circular Economy series.

Microscale additive manufacturing offers an alternative to micromolding and micromachining. On this episode of The Cool Parts Show, 3D printed electrical connectors are our smallest cool part yet.