The Betatype technology stack supports businesses looking to expand on the potential of additive manufacturing for series production through design-led thinking and unique optimization algorithms to maximize the capacity of LPBF systems.
#metal

One of the barriers to adoption of additive manufacturing (AM) for serial production is at the digital design phase. Challenges include specific design for AM (DFAM) and process parameter optimization — both areas where Betatype’s digital technologies can help.

Founded in 2012 on the outskirts of Bow in East London, UK, AM technology company Betatype started out in application development for AM to find production applications in various industries. Recently the business merged with Oxmet Technologies, resulting﻿ in a new company: Alloyed.

The company’s vision is to see industrial 3D printing widely adopted globally through a cohesive and holistic approach, including Betatype’s﻿ system brand of advanced digital technologies. This technology stack optimizes the AM process, and can boost productivity to reduce cost and support high-volume manufacturing.

“With additive ... the design, materials, economics — all of that is driven into a single stage and suddenly your lean engineering model falls flat on its face.”

Traditional serial production is a linear process. Each particular part needs to be efficiently manufactured, from the right material and with the right process, as it is needed. “With additive, all of that gets squashed into the same process — the design, materials, economics — all of that is driven into a single stage and suddenly your lean engineering model falls flat on its face,” says Sarat Babu, chief digital officer of Alloyed and original founder of Betatype.

That’s why Betatype technologies can help customers who either want to optimize their existing serial AM production or who aim to tap into series production with selective laser melting systems utilizing the laser powder bed fusion (LPBF) process by getting on board very early in the concept stage. “Because if you make missteps here, the economics aren’t going to line up,” Babu says. “The earlier you decide what geometry is going to work in the process, how you are going to use the build volume, what material you choose and how to use topologies, the more chance you have to develop a game changing process that produces a successful application.”

The current status quo is exemplified by the automotive industry, where the current generation of AM processes is generally considered incapable of meeting the sector’s demand for high volumes of production parts at low costs. To challenge these misconceptions, the Betatype technology stack was utilized to demonstrate the real potential for meeting these demands for a specific project. This involved designing the heatsinks for LED headlights specifically for the LBPF process. The design includes built-in support structures, which allow multiple headlight parts to be “nested” vertically on top of each other without the need for additional supports.

Optimizing the part and build design enabled maximizing the build volume, resulting in 384 parts being produced in one go within a single build envelope by Progressive Technology on an EOS M280 system. It was then possible to snap apart the finished parts by hand, without the need for further postprocessing.

384 heatsinks for LED headlights in one build: Full stacking is often deemed extremely difficult with LPBF due to the thermal stresses involved in the layer process. By intelligently designing the structure to reduce thermal stresses, Betatype was able to make it a viable option with minimal thermal distortion.

“Full [vertical] stacking is often deemed extremely difficult with LPBF due to the thermal stresses involved in the layer process, but by intelligently designing the structure to reduce thermal stresses, we were able to make it a viable option with minimal thermal distortion,” Babu explains. “We have extensive experience with stacking applications, which is necessary because you have to consider all layers in each individual stack because the design of each part might have to be slightly adjusted to compensate for the slight difference in residual stress, depending on the position in the build area where the level of energy transfer and heat is not evenly distributed.”

By creating a stable process through intelligent design of the part and support structures, eliminating postprocessing steps such as EDM or sawing, and ensuring part consistency, the project demonstrated that it was possible to reduce the build time for the collective 384 parts from 444 hours to under 30 hours. This in turn significantly reduced cost-per-part, from upwards of $40 to under $4. 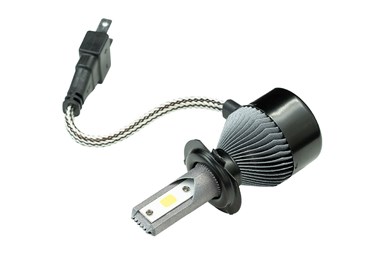 “The main driver for this project was to show that it is possible to create favorable economics around the process, what’s actually possible and how it can be used in a whole range of industries,” Babu says. “We are still far away from just plugging a machine in and running it, the costs are very geometry-driven and thus can range from $1 to $1,000 per part. But we have had projects where we built over 10,000 parts. Once you build confidence in a process, it’s possible to print a million parts in series production.”

“The reality that we found is that the idea that AM is the one magical solution is far from the truth. We have a heavy focus on getting to the build part as fast as possible. It is complicated, there are so many levers to optimize and pull,” he says.

Alloyed’s mission is to help customers looking at series production to pull all those levers to find a value proposition that works. According to Babu, it works in two ways.

First, to make the value proposition work, some design value-add is needed. The parts have to perform better and have to be produced in a way that is economically viable against existing mass production technologies. Creative, capable design can maximize production, whether it is creating multi-functional parts, simplifying complex assembly procedures, achieving different kinds of material properties in one part or optimizing supply chain efficiency.

Second, there is the process itself driving the machine. The Betatype technology stack incorporates advanced data processing technology to manage and optimize every toolpath for each part. Moreover, to handle the immense amount of data sent to the 3D printer, the Betatype workflow optimization software — called “Engine” — has been built from the ground up on a cloud-based infrastructure similar to graphics render farms.

Using the example of the LED headlight production, Babu says that by developing specific control parameters, it was possible to significantly reduce the exposure of the part in each layer to a single toolpath where the laser effectively melted the part with minimal delays in between. Coupled with specific optimization algorithms and process IP, the build time of each part was reduced from one hour to under five minutes per part. “That’s ten times faster than using a standard build processor,” Babu says.

“What differentiates us from other vendors is that we have skills and a good engineering team to optimize all scan parameters,” Babu explains. “There is good software out there like Magics, which we are also using. AM systems manufacturers have integrated control software; they build the machine and a set of tools which allows people to take any part and build it. However, if you want to optimize that part from a production standpoint, then that is not something they can easily address, and that is where we have our unique optimization algorithms that we create, which allows us to essentially maximize a machine’s capacity.” 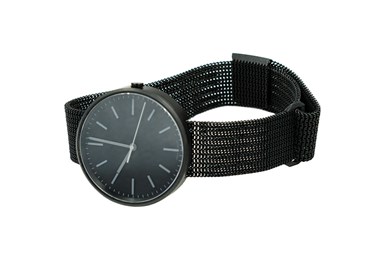 Betatype worked alongside Uniform Wares to design and develop this unique, lightweight “woven” watch strap. It is made of more than 4,000 links that interlock with each other to form a strong, lightweight structure, weighing in at only 10.5 grams.

These algorithms work on a vector-by-vector basis. These vectors are a series of basic elements of laser scanning which make up each plane of a 3D part. The scan pattern (the orientation and distance between vectors) is pre-designed. The laser then scans the flat surface of powder following such patterns and selectively melts the illuminated powders. Those powders are quickly solidified after the laser moves away.

Squeezing Out that Additional Bit of Performance

The Betatype algorithms optimize each vector, which is very challenging because the amount of scan data to collect and process amounts to many terabytes, and many systems don’t provide the fidelity to change single exposures, Babu says. “For 90% of applications, like prototyping and also low volume production, that’s fine, you get where you need to be,” he acknowledges. “But when it comes to that point where you want to build a part 1,000 or 10,000 times, you want to squeeze that additional bit of performance out, and that’s what we do with our parameter development.”

Energy delivery is one process parameter to be controlled, Babu goes on to explain, but then there is the motion of the laser itself, which is usually controlled by the scanner. “When you send commands to the scanner, you define the pattern and the scanner makes the decision of how to move,” he says. “For example, the laser beam has periods of acceleration and deceleration as it follows a curved path. To reduce the effect of the higher interaction time of the laser when it decelerates, which increases the energy in those points, various strategies have been put into place.”

One of these standard strategies is the skywriting function, where the laser is switched off during the accelerating and decelerating portions and will only be on for the linear, constant speed portions. This strategy optimizes the energy delivery effect, so essentially what the build file is asking for is delivered, Babu says. But according to his experience, that’s not always the most efficient way of doing it. Similar to this example there are lots of different movements and scenarios in a build that can be further optimized for series production.

“What we do is basically to walk through the entire process, understand every single motion jump and then actually deliver the exact required delay or required motion path between each movement. We characterize many of the machines ourselves, we work with different machine builders and have a strong relationship with most of the vendors.”

Babu and his team are continuously looking at partnerships with customers to increase the opportunity of success, to build confidence that AM is a technology which can build a million parts in a stable process. “We don’t want to tell our customers in the aerospace industry, for instance, how to design their parts. They certainly know how to build their parts,” Babu says. “We want to help them understand what additional design variables there are in AM, and we help them to control and improve the process. That’s where we come in.”