No longer limited to paper, Sheet Lamination bonds sheets of material together to form an object. Companies are now expanding to different materials for sheet lamination, exploring the growing possibilities of a process that started with gluing and stacking hundreds of colored sheets of paper together.
#basics

Figure 1a: “Fit and form” prototype of the upright made with paper using sheet lamination in 1998.

The first class that I ever taught at Penn State University was the senior capstone design course where students work on real-world design problems. During the course, students worked in Penn State’s Learning Factory, a hands-on facility that housed a variety of 3D printers for rapid prototyping, one of the early monikers for additive manufacturing (AM).

Keep in mind that this was in the late 1990’s; so, students had limited access to one of two material extrusion systems from Stratasys and one vat photopolymerization system from 3D Systems. The systems were very expensive to buy, and the materials were even more expensive, which made the third alternative even more attractive — a Laminated Object Manufacturing (LOM) system from Helisys. Introduced to the market in the early 1990’s, LOM was the first commercially available sheet lamination process for additive manufacturing. It was also one of the cheapest AM processes at the time because parts were made by actually gluing sheets of paper together, layer-by-layer.

If you think about it, the idea isn’t that crazy. Paper is about 0.1 mm thick; so the layer resolution is reasonable (and better than material extrusion systems on the market at that time). Paper is also easy to cut or score with a laser; so, you did not need a high-power laser like you do to sinter plastic or fuse metal. Granted, you aren’t going to make many functional end-use parts out of paper, but for visual aids and “fit and form” prototypes, why not use a process that is cheap and relatively fast?

Fast forward three decades, and sheet lamination is no longer limited to paper. In fact, ASTM defines the process as “an additive manufacturing process in which sheets of material are bonded to form an object”. Companies like Fabrisonic use ultrasonic welding to bond sheets of metal together to form a 3D object, giving them the flexibility to combine dissimilar materials to make functionally graded structures, create internal cooling channels in structures, or embed electronics or sensors into a part. Sheets are bonded together and then the shape is formed, exemplifying the “stack-then-cut” approach to sheet lamination.

Meanwhile, CAM-LEM (Computer-Aided Manufacturing of Laminated Engineering Materials) uses the sheet lamination process to form functional ceramic parts, specializing in microfluidic devices and applications. In their approach, individual layers are formed, then stacked and bonded together, exemplifying the “cut-then-stack” approach to sheet limitation. This reduces the amount of material needed to bond the layers together, but it limits the geometries that can be built because layers must be stackable on top of one another. For instance, it is difficult to make overhanging features with the “cut-then-stack” approach to sheet lamination if there is nothing in the layer underneath to support the new layer and counteract gravity. Conversely, in the “stack-then-cut” approach, the material in the layer underneath helps fight gravity, but it must be accessible so that it can be removed after fabrication. In fact, this is one of the main drawbacks of the “stack-then-cut” approach, namely, the amount of postprocessing needed to chip away and remove the material that is not in the part. 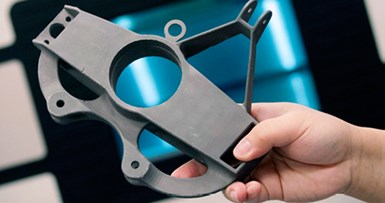 Figure 1b: “Fit, form and functional” prototype of the upright made with titanium using powder bed fusion in 2013.

As you might guess, the material properties of parts made via sheet lamination depend on the bonding strength between layers. Material properties within a layer are typically the same as the feedstock used to make the part (i.e., you are not melting the material like you do with powder-bed fusion processes). This can give rise to some anisotropy in the vertical build direction, which may or may not be a concern depending on the intended use of the part. In the case of my senior capstone design team, the intent for one of the teams was to rapidly prototype new upright designs and perform “fit and form” checks on the student Formula One racecar that was being developed by a larger team of students (see Figure 1a). Fast forward fifteen years, and the same team can now use laser-based powder-bed fusion to additively manufacture functional prototypes to test “fit, form and function” (see Figure 1b).

The technology have come a long way since I started teaching at Penn State, and while Helisys is no longer in operation, paper-based sheet lamination systems are still available from companies like Mcor. Not surprisingly, the advancements in paper-based sheet lamination mirror those in our 2D desktop printers — color is now a cost-effective option, allowing users to create photorealistic visual aids and full-color prototypes. This is why sheet lamination is finding new use in fields ranging from structural analysis, architecture and visual arts to life sciences, education and entertainment. Who knew that we could learn so much by gluing and stacking colored sheets of paper together?

Your Metal AM Process Development Tool? A Spreadsheet (Includes Video)